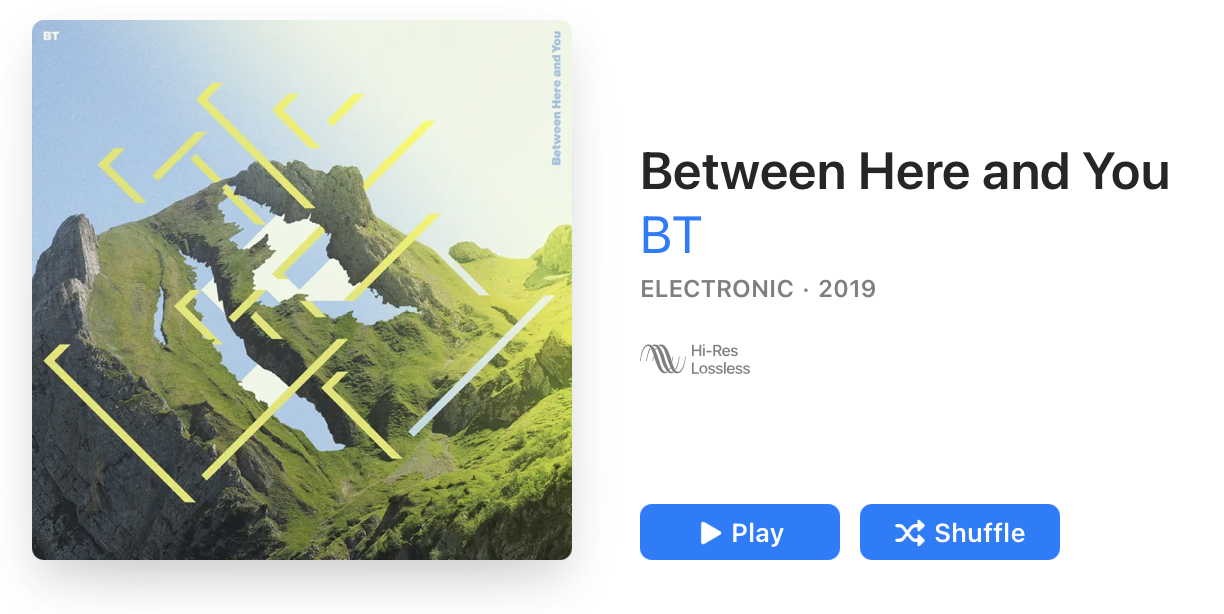 It’s been ages since I have posted anything here – having me almost question my continuance of hosting and domain service. I do enough development where having a cloud presence that isn’t just AWS is a nice convenience – so I’m still kicking the bits around.

Anyway, I purchased a FiiO Q1 Mark II DAC/Amplifier so I could test some Apple Music Hi-resolution Lossless audio on my MacBook Pro and also from my iPhone. I am not an audiophile with a lot of money invested in various pieces and components of rendering hardware. I just wanted to make a small investment to see if this new playback capability would bring me developer joy while coding, designing, and drinking hot coffee.

In short – it does. It makes enough of a difference for me to notice and to listen more. I wouldn’t say there is a ton of hi-resolution lossless available just yet – but there is lossless. Which to me isn’t a huge difference. One album that I have been noodling through that is offered in hi-resolution lossless is BT’s Between Here and You. The amount of detail is remarkable. I am also able to drive my Bose QC35 IIs with it’s proprietary cable much harder than without the amp.

I have a 2.5mm to 3.5mm balanced cable coming on Monday so I can jack into the balance output instead of the normal 3.5mm output on the FiiO. That should allow for better audio and also more power to e able to drive my cans even harder.

It would be easy to say to myself, “Hey, this is good. What about a better and more expensive DAC? Also, how open some open-back headphones?” I don’t want to be that guy. Music is important to me. Spending less than $150 to get to where I’d like to be should be plenty. I’ll be forgoing wireless to tether my head to my laptop or phone – that should be more than enough anyway.

So, in summation, hi-resolution lossless audio is indeed perceptible – even to my aged ears. Since I already had Apple Music and I didn’t have to pay a dime more to get the lossless and spatial audio, I am happy. I’ve taken the baby step to enjoy the offering even more with a tiny & mobile DAC.

If you desire a stronger audio game and you’re invested in the Apple ecosystem, give it a go.

I got my 2.5mm → 3.5mm balanced (2.5) and I am able to drive the headphones a bit harder. The sound is the same as before – glorious. My 2.5mm → 3.5mm cable doesn’t have a sheath on the 2.5mm end though – and it’s a conglomeration of braiding around a central line. I hope it doesn’t end up fraying or breaking. It’s a tiny cable and it’s nice, but it would be alright if it didn’t stand the test of time.