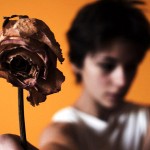 This isn’t a Ballmer rant – that would be too easy and it’s being done constantly. I’ll save him my taking another pound of virtual flesh. Although to be honest, I’m itching to do it again. But I won’t.

I am not going to go on about the Windows 8 debacle. The Windows phone debacle (but I do like it a lot more than Android offerings). The XBox One planning and announcement PR nightmare (kicked in the junk by Sony PS3). But let’s talk about the Surface RT a little bit.

So they aren’t selling that well. Over-priced for what they are. Perhaps that’s a given seeing how competitive the market is these days. Perhaps they would have considered that and had plans moving forward. Maybe they will do what they did with XBox and sell at cost or a loss to get numbers of units out there. But they didn’t.

The results are in and Microsoft fell short of Wall Street’s expectations, posting earnings of $0.59 per share on $19.89 billion in sales. In its release, Microsoft noted that the earnings included a $900 million charge, or a $0.07 per share impact, related to the “Surface RT inventory adjustments.” In the same quarter last year, the company posted EPS of $0.73 on revenue totaling $18.06 billion.

And now… Microsoft has announced that they are going to write down $900 million due to an excess inventory of Surface RTs. What? Microsoft had overestimated demand by 6 million units. 6 million.

While Microsoft doesn’t make it’s own PCs, it does make the XBox, mice, and keyboards. So it must know something about supply chains.

So Microsoft has cut the price of it’s tablet while continuing to run ads taking shots at the more expensive, less optioned iPad. Surface RT still lacks key applications and runs like shit on it’s Tegra ARM processor. Is Microsoft doubling-down on it’s potential failure here? Will it cover it’s eyes and ears and pretend the Surface RT isn’t decaying and hope for the best?

There is a reorganization taking place there – which is extremely complicated and energy-sucking out of the gate. Things will need to be re-learned, red tape re-routed or removed (hopefully) altogether. The make team, beat team, disband team after ship mentality might be a thing of the past.

Will Microsoft cut bait? Cut the RT and focus on the Pro? Realize that it might be an iPad market and there is no real tablet market? Try selling the RT some place other than their minuscule number of brick and mortar stores? Get some in-house developers to start pumping out tons of decent apps for it – seems like few others are targeting it. Realize this might be the next Zune moment for them? Up the storage on the RT, no charge. Remove the desktop metaphor from RT to kill the perception that it’s as powerful as a laptop or desktop – because it’s not.