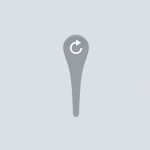 You may have come across a quote that has been attributed to William Shakespeare.

Expectation is the root of all heartache.

What he really wrote was

Oft expectation fails, and most oft where most it promises; and oft it hits where hope is coldest and despair most sits.

I am afraid, given the history lately in the technology word of reporting and the public’s increasing need to know everything as soon as possible, we’ll likely see this play out. Some are so impatient that they drum up likely scenarios on their own accord. Others manufacture models, or create believable 3D renderings, or simply post sourced and un-sourced rumors to drum up page hits for advertising.

What ends up happening is that after being beaten over the head with countless rumors, renderings, and explained features and hardware elements — we suffer either a letdown or rarely enjoy a surprise.

If we were looking for all of the stars having aligned around every awesome feature we’d love in a product offering, and reality strikes a lesser target (still quite amazing in it’s own right), we feel let down. Weeks of anticipation… we almost feel like the product has already been released. There is less sense of wonder – and more scrutinizing of whatever the actual product has become.

Even with every rumor being true, the best rendering mostly accurate, the thrill of the event is gone. It becomes an, “I already saw this stuff. I’ve gone over it in my mind already”.  You’re letting yourself down.

If you’re expecting something pedestrian (your glass is half empty), you might end up being pleasantly “surprised”.

Personally I’ve been trying to limit the number of times I dig into my Feedly feeds – because invariably most of it is going to be about Apple’s plans this coming Tuesday. I’d rather not get caught up in all the guessing, second-guessing, and complete bullshit. Even if some leaks are accurate (and I’m sure some are), I feel for Apple. They could knock it out of the park, and if one popular rumor wasn’t part of their plans, their stock will probably drop. And for what? Some rumor.

Enjoy Tuesday. It’s Bungie Destiny day too. No matter what happens, I know that I’ll be a happy camper. Well, I don’t camp, if you take my meaning 😉

Update. Just as I published this, another article hit online… it’s exhaustive, nicely-designed, and God forbid if it’s not very accurate. Some people will look at this information and assume that the things they agree with will come to fruition. Or be upset if missing because it has been brought to the top of their mind.