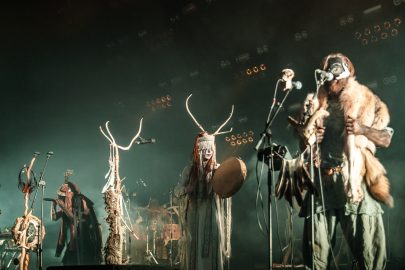 Sometimes when coding, you need music to develop a rhythm that you can attach your mind to. The code flows easier, and you start thinking about connections that you need to wire up in your code to expose and procure functionality.

But if you listen to music that contains obvious lyrics, changing time signatures, etc. – that can ruin your coding flow. You need something that exists in the background and facilitates your ability to go from one thing to the next without distraction.

I have found such music. Norse authentic stuff.

Heilung is an experimental folk band made up of members from Denmark, Norway, and Germany. Their music is based on texts from artifacts of the Iron Age originated by the Northern European peoples of the Iron Age and Viking Age. They describe their music as “amplified history from early medieval northern Europe”. Much of their artistry is derived from Norse gods and goddesses. “Heilung” is a German word meaning “healing” in English.

This kind of music has chanting, ancient instrumentation, etc. It fades and inspires like no other music I have come across. I feel like I am participating in something special. One that relaxes as well as stimulates. Which is an odd thing to say?

It’s weird – I know that. It’s unique. It’s based on history to some degree. Keeping old gods alive. And helping to keep the code flowing.