↓ Skip to Main Content
Home › Blog › 3D Movies have failed… how about another approach?

3D Movies have failed… how about another approach?

Some like 3D experiences whether in the theater or while at home on their 3D-capable sets. However, the majority of consumers aren’t swayed by the technology. And yes, Virgin Media is dropping 3D in films for the future (1). Where once there seemed to be an appetite for the stuff, people generally feel that it’s not worth the extra cost the media brings along with it.

The science of 3D doesn’t seem to have advanced very far given how long it’s been available. Some say they don’t like to wear special glasses to achieve this effect – but I am not one of them. It’s a minor inconvenience in a theater – at home that’s something else. 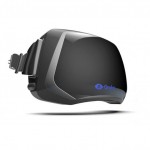 For the theatrical experience I think taking things even further might be a way to experiment with the experience. 4D theaters are kind of interesting – water and wind, perhaps some changes in temperature, etc. Now… let’s replace those 3D glasses with… Oculus Rift gear. Would it detach you from experience a movie/experience with friends/family? Yes. But it could personalize an experience, allowing you to travel around running scenes or a guided storyline, giving one some unique experiences while maintaining a guide to produce at least some minimum great experience. It would augment it, and allow you to explore a little bit on your own in certain ways.

Remember the promise of multiple camera angles for Blu-ray DVD? Well, that didn’t take off, and when everyone is watching one moving image, all are subject to camera angle changes. This takes that idea that hasn’t been delivered to the masses and turns it up to eleven on the awesome dial. Instead of changing camera angles, you have some freedom to move about a scene.

Perhaps the idea of a scene would be removed, and you’d be in one long visual scene with some intermissions to help the story along. Perhaps you’d accompany the main character, able to move around them, even help them along the way, while the other scenes you would mainly be a bystander to gain that perspective.

Would the production of such an experience be expensive? Oh yes. Take the largest blockbuster movie and multiply that by 10,000. At least. But you might end up with a production that can serve the public for several years. The whole thing could turn into streaming pay per view (although you’d be limited to the number of oculus devices you currently owned if you’d like to have more than one person view at a time).

You could even just deliver explorations… the storyline you might create yourself. Think Bungie’s Destiny without the arms. If I could actually walk around inside the world of Riven or Myst at my leisure – without even solving riddles, but just experiencing a free-form world, think how relaxing that could be. It’s the main thrust of Oculus Rift… to bring that kind of experience to the masses. You just need a lot of devoted artists to bring it all together. I hope it happens in my lifetime.