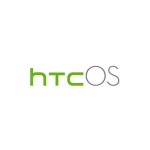 HTC thinks it has a shot of creating their own OS to better compete in the Chinese mobile market. Android is the most widely used OS in China, and HTC makes a lot of money by using it, they would like to more precisely target the Chinese market and integrate deeply with Chinese applications (Weibo, etc.)

They must have been working on it for a while as it’s been mentioned that it will launch by the end of 2013.

Let’s just hope that it’s not an ugly, hard to use, fragmented mess like Android. I welcome innovation and competition in the OS market. Good luck HTC.