Update: After more than a month, I was re-imbursed and then charged again for the watch and received a tracking number that works. Whether two will arrive or it was never actually shipped to begin with I’ll probably never know. Upset. Won’t order from Getat again. With the Enigma on it’s way, I don’t even care about this one anymore. 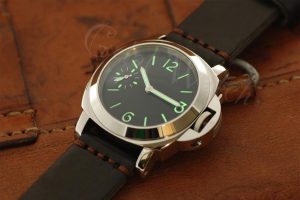 Getat is someone known in the Panerai community as someone who creates and customizes homage watches. Yes, a PAM can cost around $10,000 and up and remains out of the reach for many.

Very different than a fake however – you may see “Marina Militare” (Navy) on some of the models, but never “Panerai”. Military design watches are not copyrightable. It’s definitely in the style of a Panerai but there are no Panerai markings on it. And obviously it won’t have any tolerances of such a timepiece. I heard the patent on the crown guard has expired and thus they can be used.

Getat can provide custom bands, faces, hands, case backs, movements, etc. So for much, much less one can purchase an homage Luminor style watch without it trying to be a fake. Good time keeping, some models with 100m wr (swimmable), with sapphire glass, decent crown guards, etc. Lots of lume options.

I personally would never consider any watch that I couldn’t swim in. I also greatly value automatic movements, the wind thing is something I’m best not worrying about. This is a wind however, but with a 48 hour reserve. Not too bad, and as such a 100M water resistance rating (swimmable). A very clean face. I can’t wait to see how this one works out. 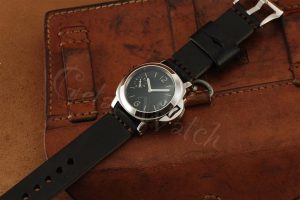 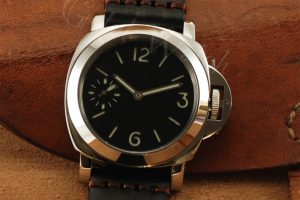 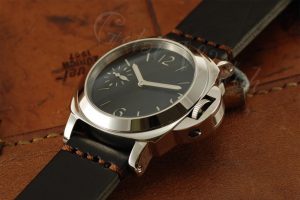