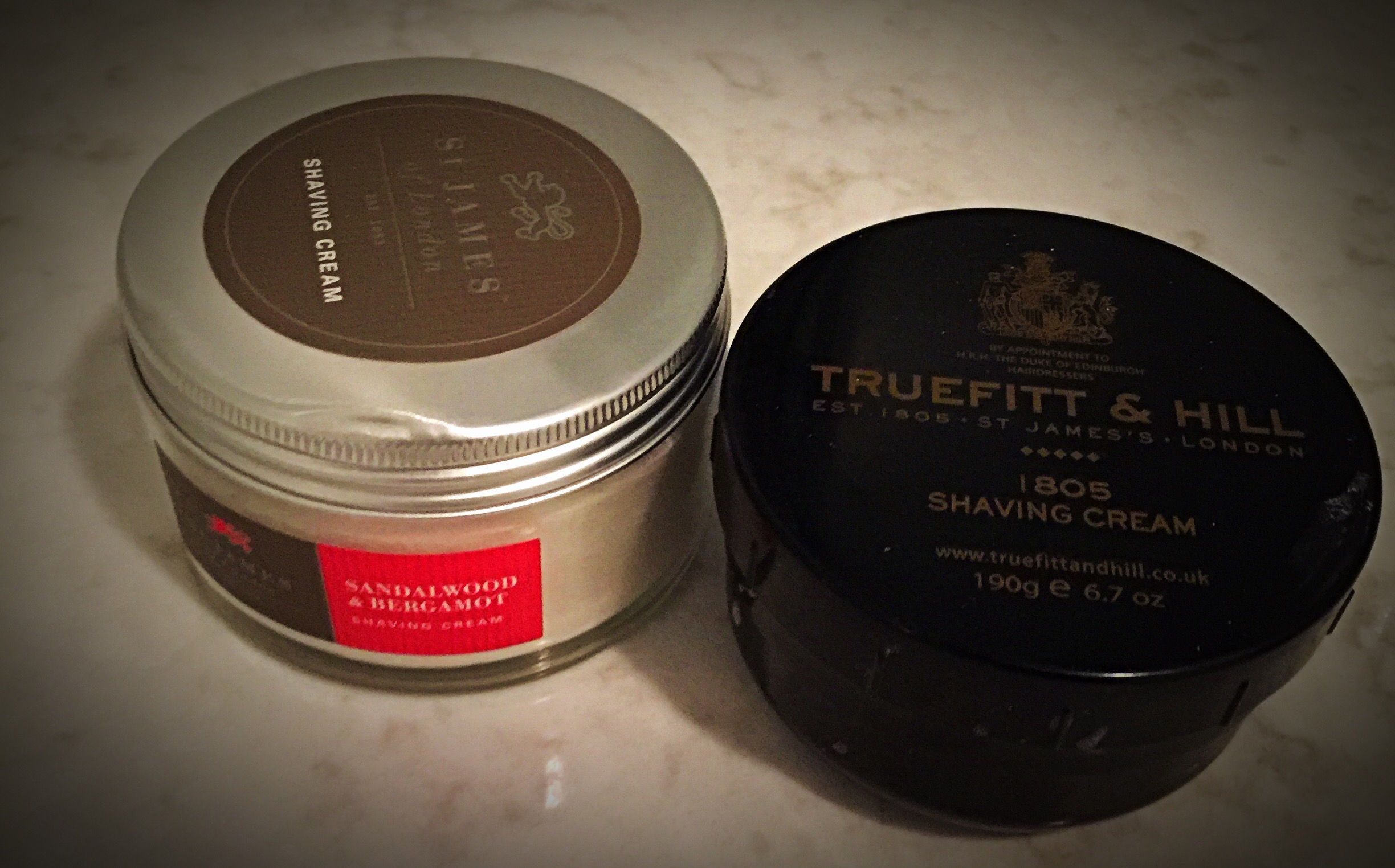 For years I have tried various shaving creams, expensive and cheap – except for XPEC since that’s around $80 a tub. I’ve narrowed it down to 1805 as my favorite go to shaving cream. Taylor of Old Bond Street easily a number two (just about any scent but Eton College it’s amazing).

I read a few wet shavers think that St. James makes a trip notch cream so I had to try it. Then compare it to 1805.

The scent is not something I can honestly say I love. Let’s get to lathering. It’s a soft cream in a glass jar which is a nice touch since TH come in PVC tubs. Lathering is more difficult but not incredibly so. It definitely takes more water to get going but works up well given a lurker more effort. It’s slick and pleasant and hold up well in the bowl. Using my silvertip brush I can easily get a few passes. The shave is good.

1805 worthy? Not a chance. 1805 is a dream to work with and the scent is immaculate and a bit more masculine. It’s more slick as well. And I could easily go for six passes which would be asking for trouble. Three is my limit and with Feathers I can get away with two without second thought.

Is it TOOBS worthy? Again no. I would place it behind. It’s not unpleasant save the aroma, but it lacks the character and ease. Placing it solidly at number three. It’s not cheap and thus this will be my first and my last glass container of the stuff.