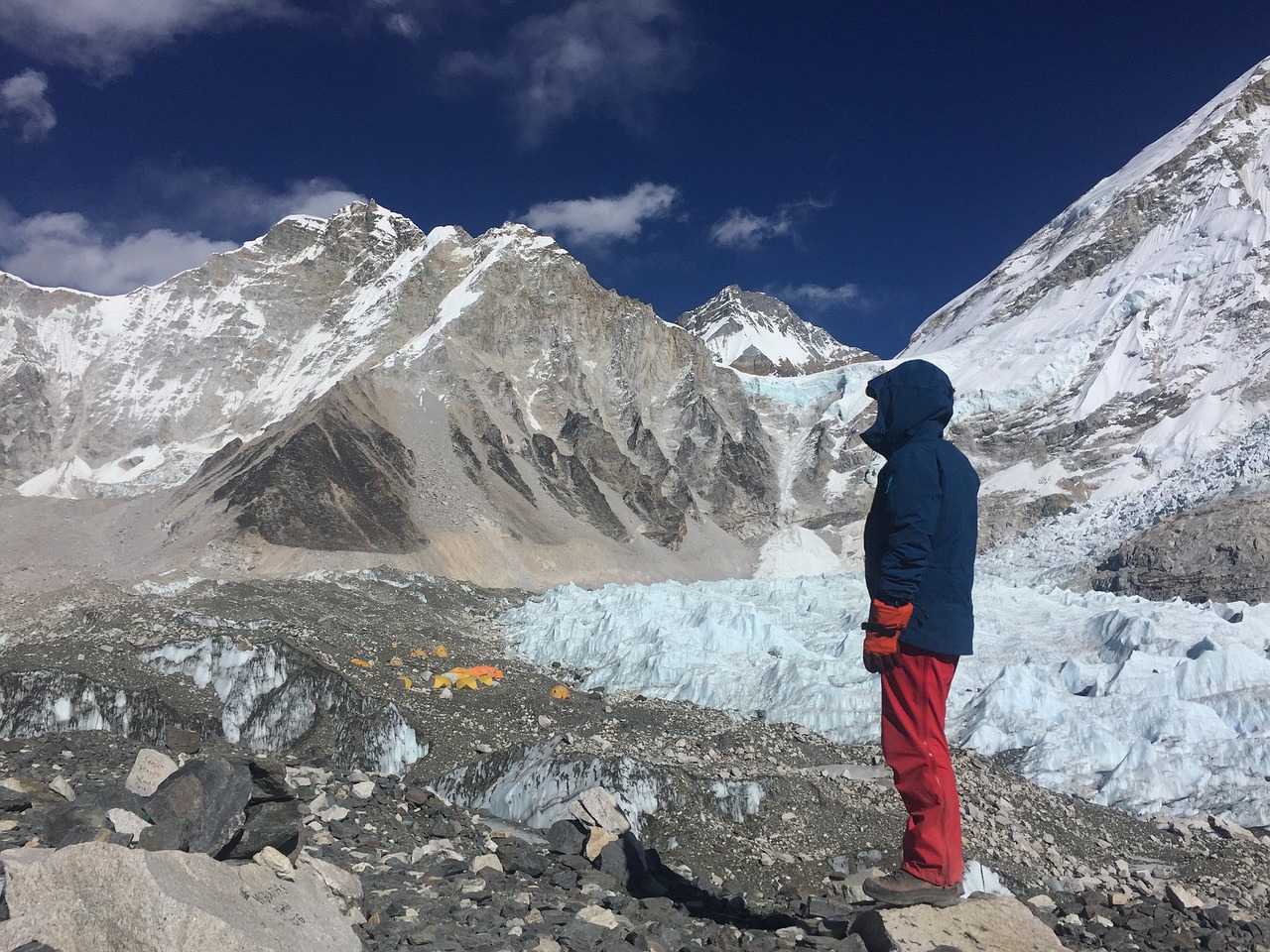 My cousin Kelly Spanik) has a nice travel blog that she’s had for some time now. However, she is about to embark on a dream of hers. Reading her post about taking action instead of merely keeping a dream in her head and thinking fondly about has inspired me.

The posts here are not recently, but about a year or two ago I got the travel bug – pretty badly. I’ve watched all sorts of documentaries about Mount Everest. I’ve watched the motion pictures. I’ve seen the worn, yet romantic tea lodges. I’ve seen the gear, the yaks, the bells, the snow, the vistas, and it all made me want to be part of that. I don’t think it’s a common thing to do, so it’s doing something not a lot of people actually sack up to do.

I have identified a trekking company out of New Zealand who gets wonderful reviews, and the fact that they are based in New Zealand is a bonus (Sir Edmund Percival “Ed” Hillary KG ONZ KBE). I know what time of year that I would like to go so as to have the best weather. I have some of the gear already because I am a pathetic collector of what I consider cool things. Again, there is something romantic about the thoughts of strappy packs, trekking poles, jackets, wool everything, growing out a beard, stone, and a lot of weathered wood. It’s kind of like a collection of interesting. All while Kate Bush’s “50 Words for Snow” plays out near a crackling fire of yak dung.

However, the physical part worries me a little bit. The altitude certainly, but that’s out of my control. Either I would be able to endure it well (genetics) or I’d have to abandon the trek and head back to Kathmandu to sit it out. You cannot train for altitude response. Many hikers who have done the trek in the past will suddenly feel the effects and have to descend before the symptoms become dangerous. Medication – Dexamethasone or Diamox (Acetazolamide) – can certainly help, but it’s not a guarantee of anything.

The worrying part is my age, my physical condition, and getting up to EBC without wanting to die. The window of opportunity is something that is closing. I know if I were in my thirties, I wouldn’t hesitate for a moment. I would just do it (after some training). I am not in horrible shape, but as I grow older, things hurt a little bit more. Things need a little more time to heal. I’ve had a sore back off-and-on for years. Most of the time it’s alright, but other days I need to start my day off with Motrin with my coffee.

I have recently been taking Huel and Ambronite for breakfast and lunch during the week. Aside from the convenience and the taste (it’s not bad, I swear), I’ve lost weight. I hope to keep doing that until I get comfortably under 190 lbs. It’s helped my back out I think considerably. It’s probably helped with a number of other things I haven’t considered too.

I’m looking at a solid eight months of training. Four days a week. Stairs, treadmill, hiking, and some weights. My body needs to get to the point where exertion becomes expected so I can hike and take in the sights, not huffing and sore on the side of the trail worrying about the day that has yet to come. You are advised to pace yourself to properly acclimatize. It’s not a race. People might get to the teahouse an hour or two before you – that’s okay because at the end of the day’s planned hike there is nothing else to do. Eat. Read. Chat with other hikers. And then an early bedtime. But I don’t want to get to bed nearly dead, wake up early, and try to trust my weary muscles and souring mind to get me through the next day. That’s not fun. That’s not adventure. That’s wanting the pain to end, the trip to be over for the sake of being able to just get through it. The most beautiful views in the world, and one is just wondering when it will all end. That’s a waste of money and spirit.

So Kelly’s post has given me some enthusiasm to just get out there and do it. Lose weight. Train. Don’t stay up watching crap and getting to bed late. Take it seriously. Because where you’re walking out of a small plane in Lukla, it’s going to be 1,000% real. That’s a bad time to realize you messed up and the people around you are going to smoke you on the trail. It would be more fun to hike with people and chat when you’ve got your wind. Less fun to be hiking as a strangler with no one around except maybe a bored Sherpa staying with you.