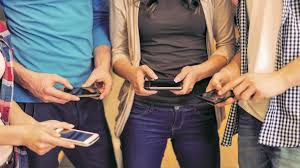 It used to be that the main screen in homes sat in a corner of a living or room in wooden appliance. The television. After time passed and technology grew at a larger scale, some homes would have perhaps two or three – in thinned down versions without things like vacuum tubes.

Then eventually came along Apple and the iPhone, iPad, and the iPod Touch. Then Google and Android. Screens proliferated and soon even young children had them and were using them.

Screens now have become nearly expected in some of the world – and some of those televisions have begun to feel neglected. They now have menu systems of their own, but they play second fiddle to those pocketable and easily transportable mini-computers.

It used to be that a smaller selection of the user base used the technology. They were more… tech savvy. They thought more like engineers than consumers.

With a huge population using these devices as now de facto communication devices and having been weened on multi-touch… it seems like user interface design and experience now requires easier to use content. Less-rich interfaces. Boil things down.

To me, this is fine. The ultimate goal for everything should be user experience. If you’re not serving what they need, you’re wasting a lot of your time and energy on the wrong things.

Even typography is trending towards very simple, less of it, and in larger sizes. Screen resolution might have something to do with the size, but it’s probably for young users and those who are on the older spectrum of life as well. Make it consumable for the greatest number of people. Make it easy, glanceable, and poignant. The days of fluff content for the sake of interactive content has waned in my opinion.

When Flash ruled the web during its run, the web was a very creative place. Much more than I feel it is now. I was caught up in that Macromedia, then Adobe groundswell of design and development. It gave me a job for many years. I owe a lot to that technology. So far nothing has replaced it.

I understand why it died for mobile (a no-brainer really). But I miss it.