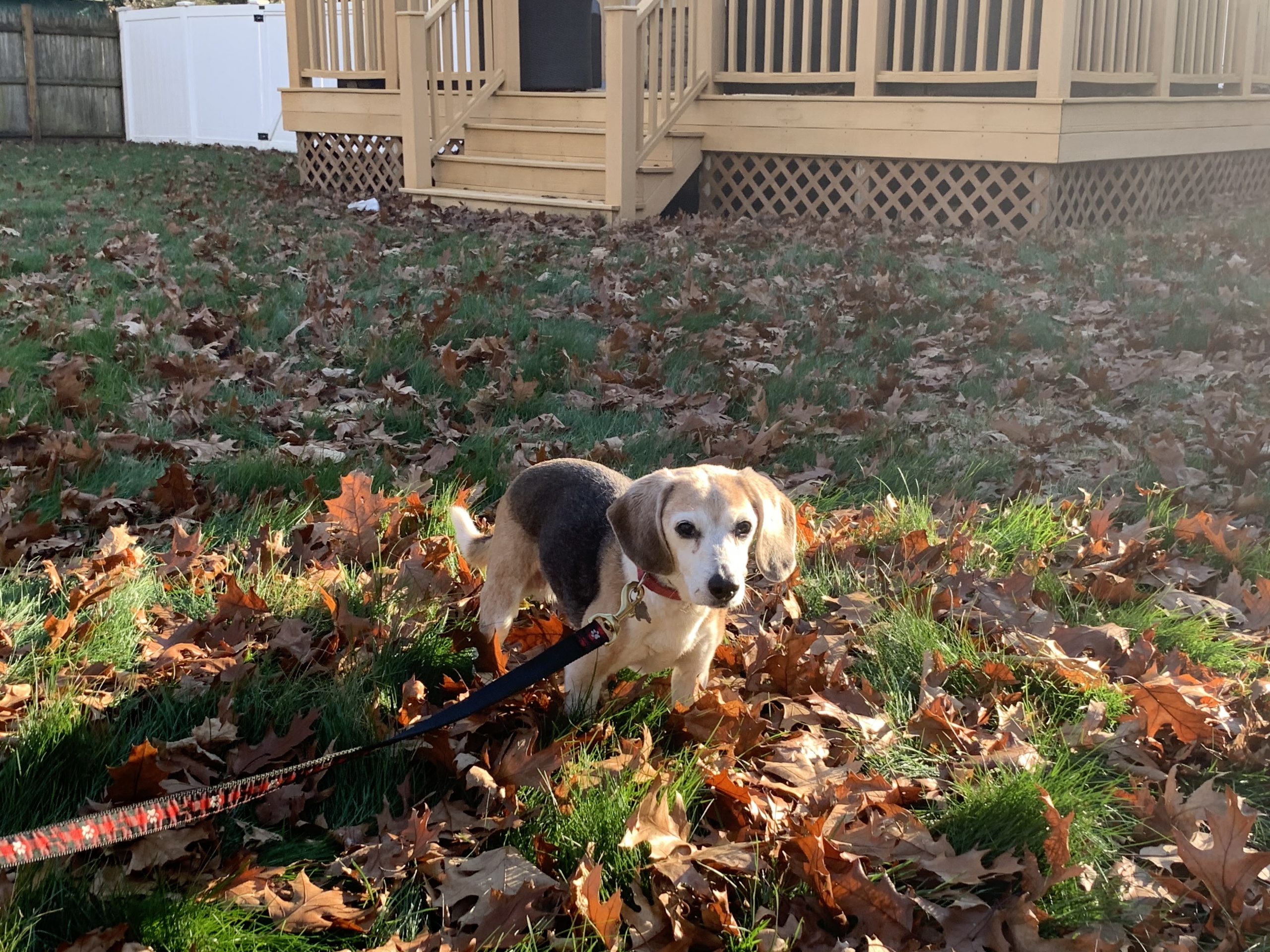 For over sixteen years a beautiful Beagle named Molly blessed our family with her presence. We first met Molly at a pet store in Hopkinton, Massachusetts. She was the only Beagle puppy there, and we instantly fell in love. We were looking to get a dog to see if we could adapt to the responsibility of caring for another living thing. Partly in jest, but also partly with honesty.

We were young and wanted to see what it would be like before having children. We went home not sure what to do – but while driving there we decided to do it. I drove right back to try to make sure that no one else would buy her. We put a deposit on her and my fiancé came back – and we bought her and took her home. We didn’t have a lot of money then, and she was expensive. It’s one of the best decisions we ever made together.

When we first purchased her and brought her home, we soon discovered that she was very ill. We took her immediately to the Framingham Animal Hospital which was nearby. Again, we didn’t have a lot of money. I don’t remember exactly what the illness was, but part of it was kennel cough. We also found out that the place we got Molly used puppy mills, and she was probably from one. We were presented with a visit bill and an option for treatment that shocked us. Remember, we didn’t have a lot of discretionary income.

It was either treat her, with the reality of a 50-50 chance she would not survive regardless of the treatment… or take her back to the store. We asked what that meant, we didn’t know. We were told we’d get our money back – but they would probably put her down so avoid treatment costs.

That was never going to happen. She was treated at the vet, and we could visit her for short amounts of time each day until she was released. She survived – while making many friends from employees and vets at FAH.

Over the years, she moved with us from one house to another, being an anchor for us. She was so good with our two children… from infants to young adults. She loved to prance in fresh snow. She adored playing fetch with us. She loved sneaking up on guest’s holiday plates of food. She had the most annoying yet amazing howl while playing. She got so excited when anyone visited the house. Genuinely excited to the point where she’d cry a bit.

She had surgery on both of her legs. She developed cataracts. She started to lose strength in her legs to the point where she would have difficulty out in the yard to do her business. She would shake at times. She would start to get lost in the house, fall down the last few steps of stairs. She would have accidents in the house without knowing it. And she started to lose her appetite… something that was incredibly concerning as food to her was deadly serious. She lived to eat.

Today, at the same vet, by the same vet who saved her life, we had to say goodbye. Just six hours ago. I can’t sleep – I’ve been crying too hard and I haven’t yet come to grips that she’s gone yet. She was so peaceful as we drove. We were crying the entire trip. I started to drive as slow as I could to prolong the inevitable.

I’ll save the details for us – but she went peacefully and quickly. No pain. We cried about as hard as anyone is able. To this moment it almost doesn’t feel real. One second she’s with us, and the next she’s off bounding someplace as a being free of pain and confusion. She was ready. We would never be, but it was the right thing for her. It just hurts so much. I can’t believe that she’s gone. I just can’t.

We miss you little girl. We hope to somehow see you again someday. We will never forget you and hope that you’ll always remember us. Our sweet, beautiful first family member. Ever. Nothing will ever change that. And while we are shattered – you left us with so many memories over the years.

Thank you. We love you.