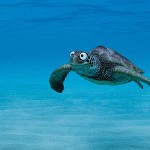 Just two minutes ago after playing with the kids out in the yard the phone (landline) rings. I checked the callerID after a few rings – not intending to answer. Usually it’s some private number or some telemarketer.

I see that it’s Apple Computer on the callerID.

I pick up and a nice guy tells me he’s from Apple Developer Support and that they noticed that I tried to purchase a ticket today and that the transaction didn’t go through. I told him that was true. I thought the next thing out of his mouth would be an apology or something – just to be nice.

He then proceeds to tell me that he’s got good news – a ticket has been reserved for me in my name and that I’ll be receiving an email from Developer Support within 12 hours with instructions on how to purchase the pass. He thanked me for supporting the platform, etc.

Five seconds of silence from me. I was dumbfounded. I said thank you at least eight times – it took me a few moments to realize what had just happened. I asked him how this happened – how was I given another shot – and he had no idea. I assume some tickets were cancelled or Apple decided to open up the number of available tickets to avoid the backlash that started today (because of the super-quick sellout).

Thank you Apple. Thank you. That was so unbelievably cool.