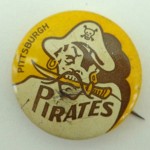 Somewhere up there my Babcia and Dziadzia are probably smiling just a tiny bit more, especially my Dziadzia. He was the diehard Pirates fan. A steel-worker hitchhiking in his youth to Forbes Field and then trips to Three Rivers Stadium. I remember napping in their living room, lulled by the majestic tone of Lanny Frattare’s perfect announcing. They were always proud of the Bucs, even when times were tough.

It wasn’t about so much about wins, it was about heart and the city and the fans. The blue collar fans. In light of this great season, I think they would be smiling for the people of Pittsburgh and the fans of the team, even if many might be bandwagon fans.

The Zeppelin song “Ten Years Gone” reminds me a lot of the team and their fans. Rivers always reach the sea. We are eagles of one nest, The nest is in our soul. I’m never gonna leave ya.

Am I a bandwagon fan? No – but it’s been a lot easier to be a fan these past few years. This year has been a real gift. Anyone remember baseball in Pittsburgh in 1985? Then came 1988. Anyway…

Michael Sanserino (Pittsburgh Post-Gazette)
A rookie pitcher, a fiery veteran, a couple outfield bloopers and Alex Presley’s wild, walk-off single in the 11th inning of the opener lifted the Pirates to a doubleheader sweep of the St. Louis Cardinals Tuesday that also gave them the best record in baseball.

The Pirates beat the Cardinals in the first game, 2-1, and 6-0 in the second, turning a half-game deficit in the National League Central race into a 1 1/2-game lead in the span of a few hours.

In this highly anticipated five-game set against the Cardinals (62-43), the Pirates (64-42) already have assured themselves a series victory by winning the first three games. 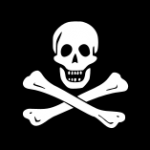 Okay Bucs, steady as she goes and let’s raise the Jolly Roger. For yourselves, for those beautiful people in Pittsburgh, for all the stalwart fans, for the bandwagon folk, and for my Babcia and Dziadzia.

P.S. A good friend of mine went to a Buccos game with another friend, and he was wearing really beat up sneakers. Well, they were walking out of the game and Andy Van Slyke was walking out at the same time next to them. They said hello and all that and Andy looked at the guy’s shoes and commented on how awful they were. Andy asked him what size shoe he wore, and then proceeded to stop, dig into his duffle bag, and gave that guy a brand new pair of Pony trainers right there on the stop. A sensational human being. 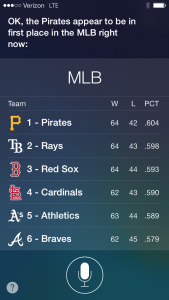