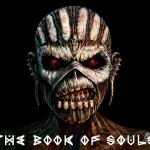 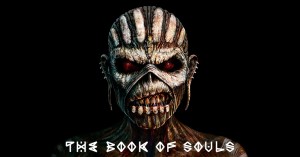 Before I begin, I have to say the longer tracks on The Final Frontier (the previous) offering were masterpiece level with me. The Talisman, The Man Who Would Be King, and When the Wild Wind Blows are simply incredible.

Coming into this album, I was very excited. My first listen or two left me wanting… coming of Final Frontier. I’ve listened several more times through on really excellent headphones and now I get it. This album is epic. Epic.

Track 1: If Eternity Should Fail
The synthesizer texture and midi horn is campy. I assume the horn isn’t a real instrument. The vocals in the introduction are very good, and the lyrics are wonderful. The kick in sounds awesome. You can hear all the instruments on this album. The refrain is super nice. This song has a nice hook and the guitar work is what I would call pleasant. Nice gallops. We’re off to an awesome start.

Track 2: Speed of Light
Typical Air Raid Siren scream at the start. Groovier than the first track. This was the single so I’ve listened to it quite a lot already. This will definitely be a tour favorite – it sounds built for refrain sing along. It’s a decent track, if not a little bit expected.

Track 3: The Great Unknown
Nice Harris thumping along at the outset. Bruce sings loosely before the track takes off. The build up is awfully nice before McBrain starts thundering. It all comes together so seemingly effortlessly. Bruce’s voice struggles in spots – he doesn’t sound like younger Bruce at all and it’s apparent for the whole album. However in some songs it actually works for him – namely track 1 so far. On this track it’s a slight distraction. Guitar solos? Here we have some awesome work – not over the top with hammer taps and such, it sounds composed and perfectly in place. It’s not one of my favorites, but it’s decent.

Track 4: The Red and the Black
Really interesting lead in with quasi-acoustic guitar playing. This track in my opinion is freaking epic. It has a slight medieval vibe to the singing delivery and guitar presentation. This is going to be killer on tour. There are “whoa whoa whoa” bits to sing along to. Each section comes with head-banging vocal delivery. There is some almost pop-like stuff going on near the middle of the track. Solos – melt your face off and toss it in the disposal. One solo after another with decidedly different technique and skill brought to it. After the solos the song almost seems to turn into another song with the same groove. This band is so tight that they could probably play variations of their groove forever and it would be interesting.

Track 5: When the River Runs Deep
Bruce’s voice is strained at the start. This is a track that is not one of my favorites on the album.

Track 6:The Book of Souls
Very soulful guitar work up front. Synthesizer textures. A lot of complication and interesting lyrics here. It has an overall epic feel to it, like for the masterpiece movies of long ago. A medium beat to it. At 5:47 it starts to rip your face off with epic Maiden galloping and drum work. Masterful solo.

Track 7: Death or Glory
A fun track but definitely not in the list of top tracks for me. It sounds like it could have come from A Brave New World but thrown out and not making that album. It sounds kind of scripted typical Maiden which is still better than almost any other band’s throw away. Filler? Hmmm. Maybe a little bit.

Track 8: Shadows of the Valley
The thing starts off a little like Wasted Years – a nice throw-back. Galloping guitars and thundering drums. I could say that about most of these songs, but there is a nice rhythm going here. Bruce sounds pretty decent here.

Track 9: Tears of a Clown
Dedicated to Robin Williams. Super progressive guitars and hooks. A decent tune about depression, etc. I almost wish there was less singing on this one so we could just hear the grooves more up-front and to continue the hooks more.

Track 10: The Man of Sorrows
Melancholy introduction with sweet guitar work. This song is epic in my opinion. Bruce oozing with emotion. I usually listen to this song first on the album. I liked the slower stuff from Final Frontier so I guess it makes sense that this song touches me. The lyrics are wonderful. The power tempered. At 1:55 the song is like honey and just drips with a unique gallop. Things are a little more simple – and perfect. The soloing is wonderful and sounds on par with Eric Johnson or Joe Satriani.

Track 11: Empire of the Clouds
Holy shit. Piano. 18 minutes. Epic. I don’t want to describe this song. It’s a great surprise and shows the musicianship of this band and their breadth.