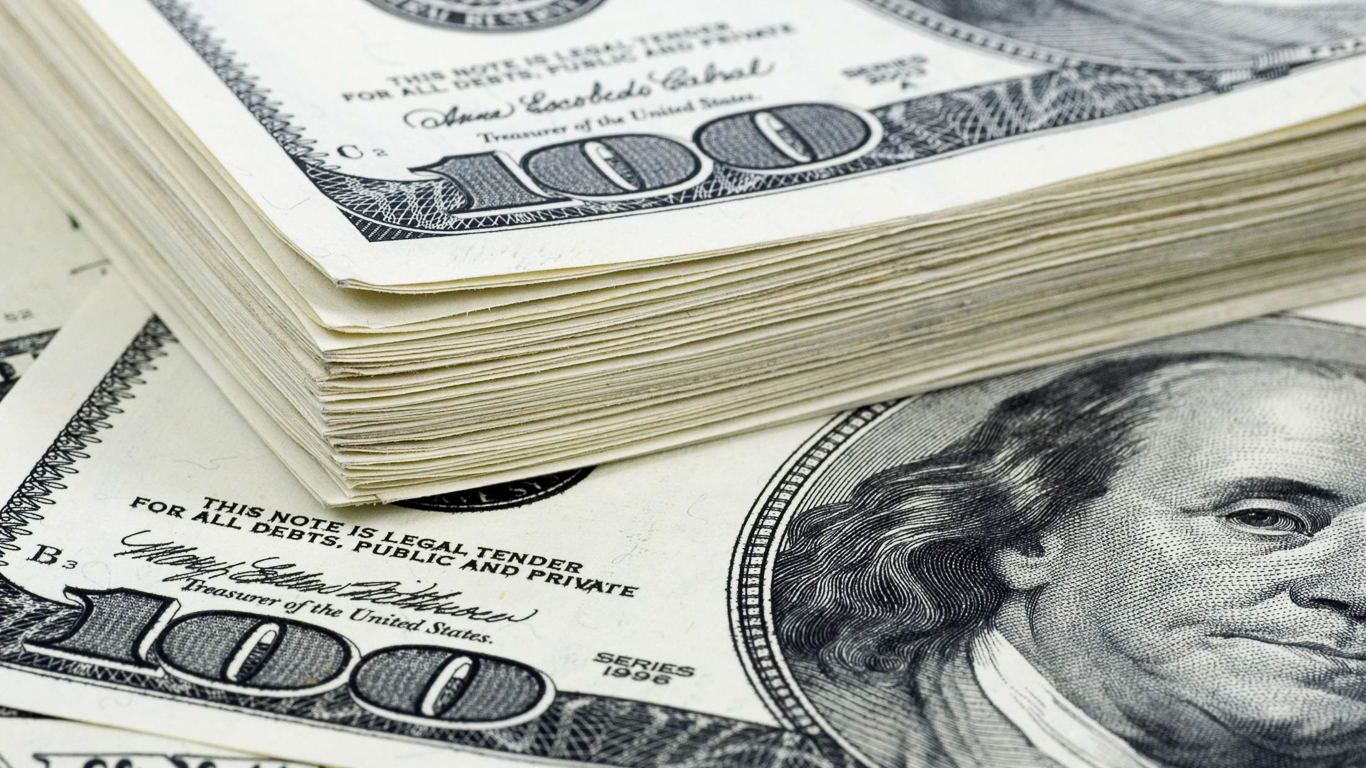 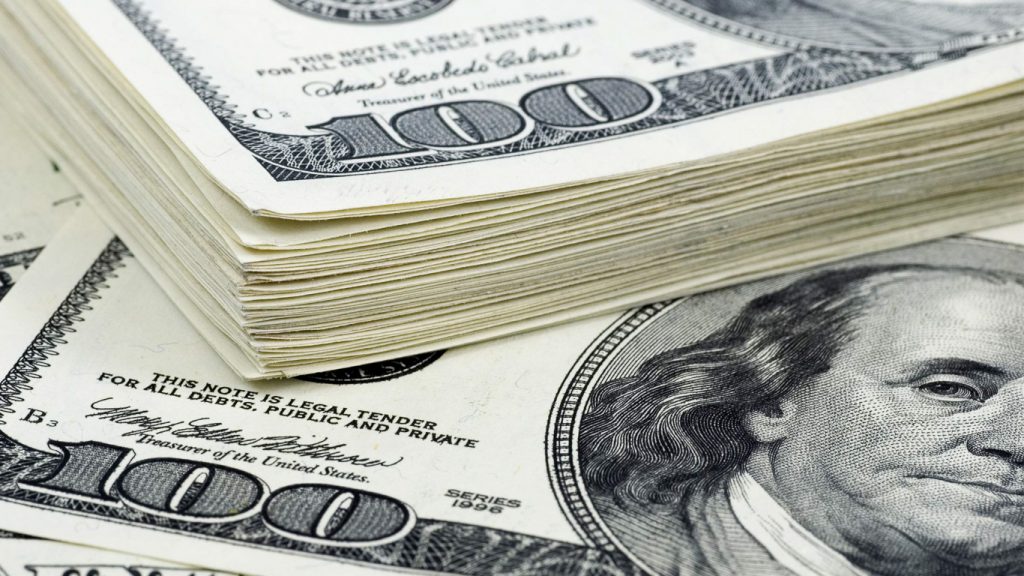 I wandered around Reddit tonight looking for some insight on Ambronite pricing. This is my last post on the pricing – I swear. If you don’t subscribe and use other % off means to acquire Ambronite, and you’re buying the big bag (as they call them), you’re paying a ton per bag for 1600 calories which isn’t a full day of meals.

Full price = $49 a bag. Many times more expensive than anything else out there that I have heard about. And I have spent a lot of time searching for meal replacements. Is it nutritionally better than other offerings? Probably slightly better.

It feels like an exclusive food that sponsored athletes or the venture capital backed geeks can comfortably afford to use. Thank goodness that I won the huge box of packets (sachets) or else my wife would kill me for buying it. It’s way more expensive that procuring prepared restaurant food.

I hope people in the know at work don’t think I’m some kind of pompous asshole when they see the green shaker on my desk.

I can’t ignore that I feel a little better using it than I do with Huel, but Huel is close in its offering and I actually enjoy the flavor a bit more than Ambronite. I couldn’t possibly justify using Ambronite when I can get pounds more Huel with the cost difference.

I went nearly 100% Ambronite today. It was good. I’m looking forward to getting back into some Huel – maybe for breakfast tomorrow, and then Ambronite for lunch. 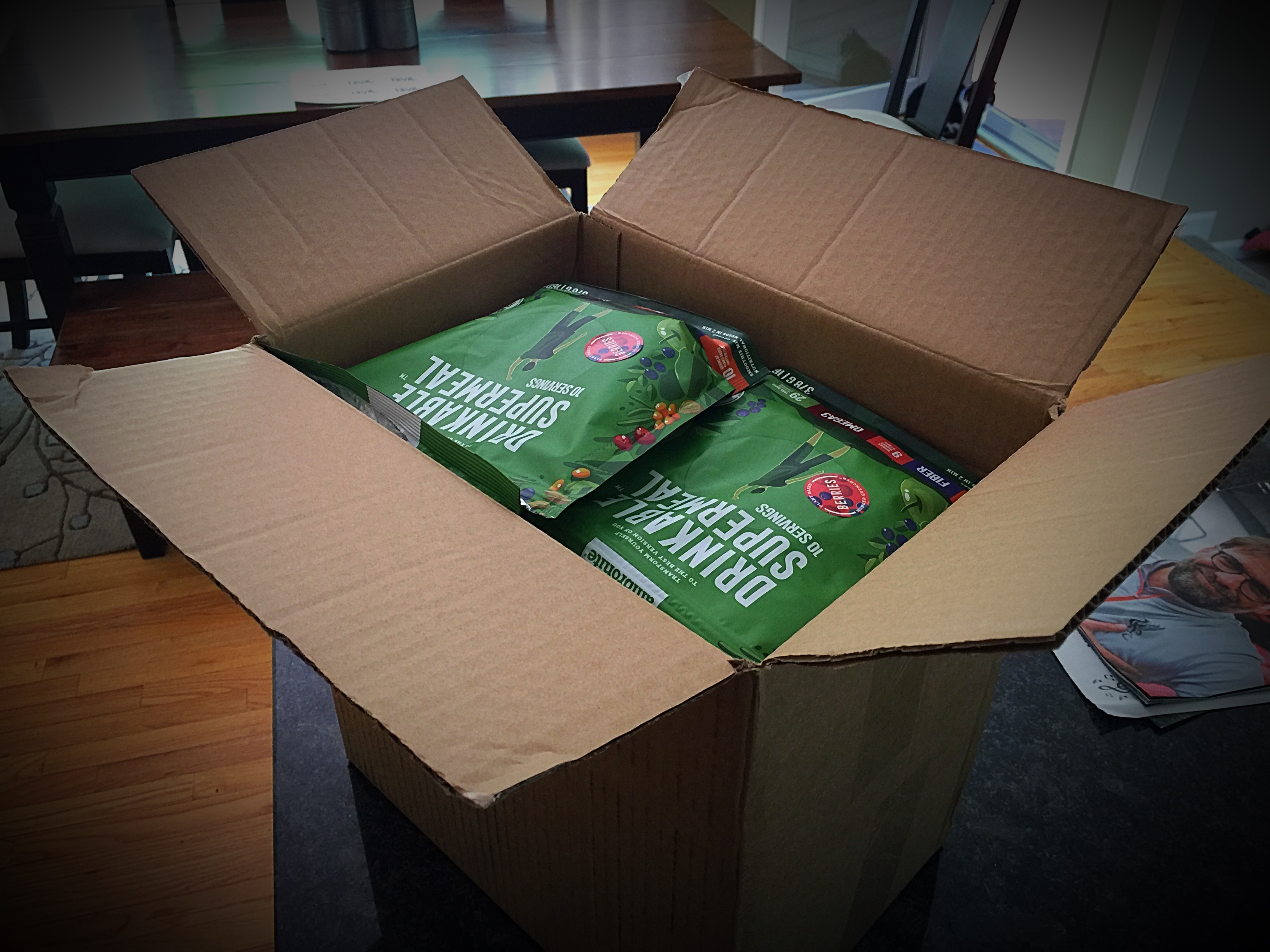 The Ambronite 10-meal packages sent to me are based on 160 calories servings. Umm… that hardly qualifies as a snack. That’s $49 per bag. There is no way you’ll get 10 meals out of each bag. 3.125 scoops = about 500 calories. It’s really confusing in regards to that language about serving and meal.

Seems like a marketing snafu. Each bag is 1650 calories. Divide that by 500 calories and you get 3.3 meals per bag. That’s like $14.84 per meal. Is my math correct? I pay something along the order of $2 for each Huel meal – and its measurement is straight forward. And it’s great.

Already I feel behind the 8-ball in regards to making Ambronite. I don’t want to mess up and take too little or too much for each shake. I have TONS of it, and it actually tastes quite nice.

I have written the company through several media avenues to get their official take on how I should be making my shakes. They did not ship me a scoop with my order. We’ll see what happens.

For a full 500 calorie meal, you will need approximately 175ml of Ambronite. If you have a 1 deciliter or 0.5-decilitre scoop at home then it will be fairly easy to estimate the correct amount.
If you only have a tablespoon (15ml) you want to have 12 tablespoons. Basically one 10 serving bag equals 4 full 500 calorie meals. Hope this helps. Have a great day, Fredrik Kaksonen, Customer Happiness Specialist 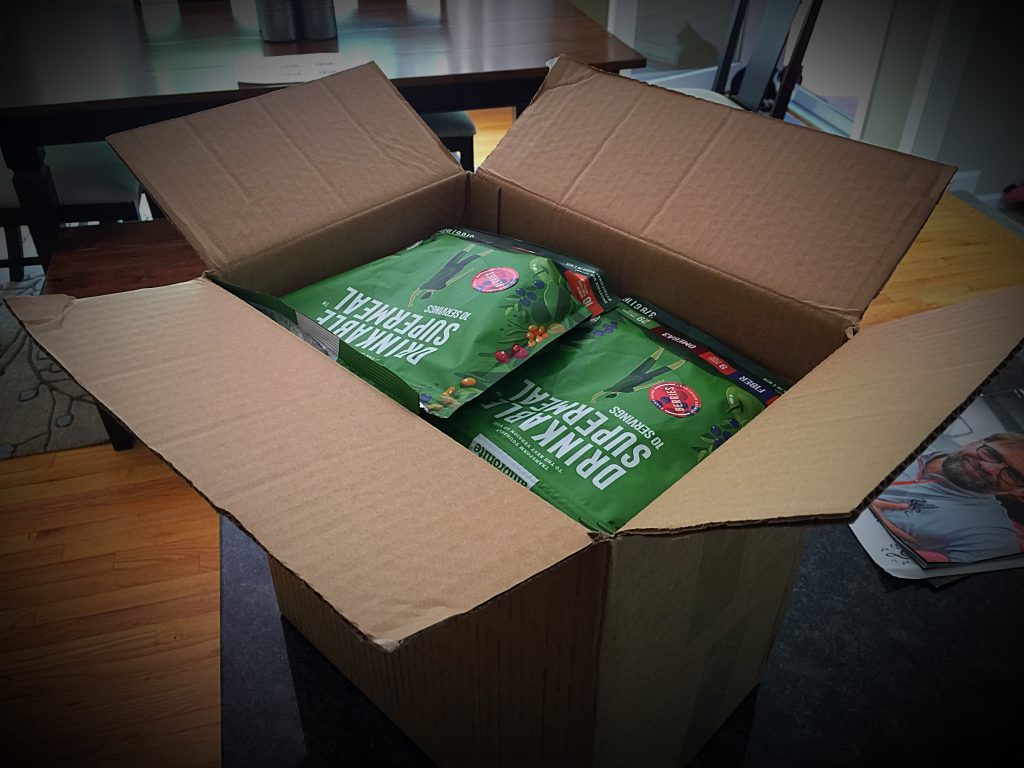 Here is $500 worth of Ambronite, berries on the top. This box is full of pouches. No scoops or anything else in the box though. I totally forgot the powder portion size without a scoop. The bag says 90-something grams = 1 full meal. Each bag says it contains 10 meals. I used 700ml of water when I think the sweet spot was 550ml or something like that. I need to get this figured out or I’m going to end up a

I need to get this figured out or I’m going to end up a fat bastard or else a hungry jerk. So I had 1 bottle for lunch and I’m almost certain I had the portion wrong. Here is my quick take (700ml water + 4 tbsp of powder (berries)).

The taste is infinitely better than I remember. The formulation is far better, it used to taste of chlorophyll in a strong way. The smell upon opening the bag was sweet and very berry-like. My shaker was quite watery – different than I remember previous shakes. Too much water obviously. The taste was almost pleasant. It tasted “healthier” than Huel, but I prefer the oaty taste of Huel (vanilla). However, I do feel a little better drinking Ambronite. Especially after several minutes have passed.

It tasted “healthier” than Huel, but I prefer the oaty taste of Huel (vanilla). However, I do feel a little better drinking Ambronite. Especially after several minutes have passed. Ambronite leaves you tiny objects of pulverized food to chew on, Huel is a straight shake.

I feel just as full on the Ambronite as I do while using Huel.

It’s too soon to say which I really prefer, but I was very surprised at how improved Ambronite has become. For the price, it should have always been this way. That said, it is still extremely expensive. I am quite lucky to be sitting on a stockpile of this size.

After a few more days I’ll post something again.

Update. I’m confused. 160 calories equals 1 serving according to Ambronite. 10 in one of those bags. For me a serving is 500 calories. So 3.125 times the amount. That many scoops.

I am currently using Huel.

I am a very strong proponent of Huel. For a long time, I wished I could order it – as the FDA did not approve it’s sale in the United States – until very recently.

Before Huel was available in the United States, I was using bottled Soylent (regular and coffiest). I liked Soylent but was a little wary of all the soy in it. Once I tried Huel, I was hooked. Very easy to shake, easy to blend, and I liked the taste more than Soylent. The price is nice too as it’s quite affordable. I had to endure a week or two of intense gastronomical distress at times. A quite pungent response. Huel has a lot more fiber in it compared to what I was normally eating.

I had to endure a week or two of intense gastronomical distress at times. A quite pungent response. Huel has a lot more fiber in it compared to what I was normally eating. But I was quite happy using it – and after a while, my body thankfully settled down. I almost gave up on it because of that.

These days I could enjoy it three times a day if I wished, but I have relegated it to breakfast and sometimes lunch. Perhaps 6 – 8 times a week. If I have time to blend it, it’s even better. I’ve been doing the vanilla with nothing added to it.

I tried Ambronite long ago and I had to augment to flavor with peanut butter powder. That said, I felt amazing after having it. It is extremely expensive, however. I didn’t re-order mainly because of the price. I left Ambronite a nice review on their website and forgot all about them.

Recently I was contracted by Ambronite in the hopes that I would leave a few reviews on Amazon for them (based on my previous review I had given them). They told me in return for doing this they would enter me into a drawing to win $500 worth of Ambronite. I still remember how well I felt after having it and I went ahead and gave them three reviews for different offerings. I didn’t even know it was available on Amazon. Good for them.

Well, I was selected to receive $500 of Ambronite – shipping directly from Finland. It shipped yesterday evening (Thursday).

So that means I had the options of choosing flavors which I had not tried before. I had them split the shipment between the three new flavors (the unflavored might be improved compared to what I had tried in the past). From what I gather, the flavors will be very slight and the Ambronite will be much less sweet than my vanilla Huel.

I will know after this approaching Monday evening when it’s due to arrive from DHL.  I received a shipping email from Ambronite.

I still have my Ambronite shaker (which is easily the nicest shaker I currently own). I have no idea exactly what Ambronite is sending me (assuming large bags of each flavor coming close to a total of $500). They might be sending me a shaker or two as well – I honestly don’t know.  They asked me what I would like and I told them to split it up between the 3 new flavors. I didn’t get a response email – it just happened.

I’m going to have to, right? I’ll have $500 to plow through. That has to be around 50 total meals – 25,000 kcal. Even if I LOVE Ambronite again, once that it runs out, I’ll be back on Huel regardless. I appreciate being able to enjoy a very pricey shake as a meal replacement – but it doesn’t change the fact that I’d rather spend my paycheck on other things. If there were more affordable Ambronite bars (at say 250 kcal) I might consider it. A snack-type of thing.

I’m excited about trying Ambronite again. I’ll post something a few days after. I might go back and forth between Huel and Ambronite to compare, or just go with Ambronite. I do currently have three bags of Huel in my cupboard at the moment waiting for return use.